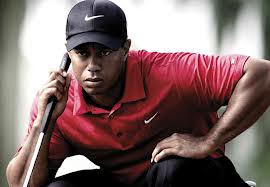 Tiger Woods just turned the 2013 PGA Championship picking apple cart upside down with the butt kicking he administered at Bridgestone, but let’s settle things down and take an organized approach to pick your winner for this year’s event at Oak Hill.

Like most majors, position off the tee and putting will be critical and the course setup at Oak Hill doesn’t appear terribly long at 7,163 yards, but is brutally difficult and should be playing fast and firm.  With no soaking rain in the forecast for the week it will stay tough and a few strokes under par should win it.

We’ve seen this drill with Tiger before as he’s won the same WGC event at Firestone eight times and actually followed up one time with a victory in the 2007 PGA at Southern Hills.  The key for Woods in the majors is getting out to a fast start because he doesn’t play well and never wins from behind.  When Tiger is on, he can dominate like nobody else, but his dominating weeks have been ill-timed in 2013 and he’s placing too much pressure on himself to win a major for the sake of his legacy.  In effect, he can’t get out of his own way in the big ones.  Does anyone think Tiger looks like he’s having fun competing in a major for the last five years?  Despite his recent prowess, I don’t like him to win here.

Adam Scott was totally at peace with himself and took The Masters.  Justin Rose won the war of attrition at The U.S. Open, and Phil Mickelson charged from behind to capture the claret jug at Muirfield.  The only story missing from the majors is the wire-to-wire winner and it will happen here for Brandt Snedeker who is super hot since finishing 17th at The U.S. Open and has fully recovered from his mid-season rib injury. 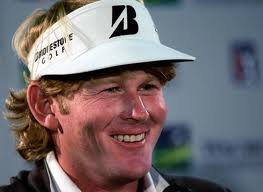 I liked his steady if not unspectacular win at RBC two weeks ago and do not think he has peaked too soon.

Phil Mickelson has figured out that you can leave driver in the bag for the majors and still contend.  It’s eliminated many costly mistakes off the tee, but it’s too soon for Lefty, who is still in a fog after winning The British Open, or from looking at his tax bill from his winnings.  Other contenders:  Lee Westwood is an interesting play and I was pleasantly surprised at his performance in the British Open.  He seemed to have righted the ship with a new mental approach on the greens and was rolling it quite well, but his ball striking deserted him at the critical juncture.  Don’t you hate it when that happens?  Lee needs this tournament almost as bad as Tiger.  Outwardly, he doesn’t seem to put nearly as much pressure on himself, but inwardly, it must be a crushing grind.  I think he comes close AGAIN. 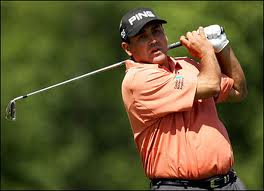 You won’t find my dark horse on anyone’s odds board, but I’m loving Angel Cabrera‘s moxie when it comes to big tournament play.  The guy is lose and seems to play great with house money.  Watch him and enjoy!