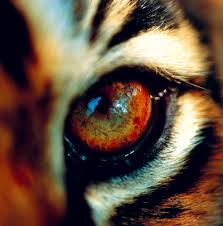 I absolutely love this time of year.  Today is G-minus 30 days from the annual pilgrimage to Myrtle Beach and it’s time to start counting.  Maybe it’s the aha moment I discovered today with my golf swing, or maybe it’s the five sustained days of 80 degree temperatures we’ve got lined up, or maybe it’s the prospects of total immersion in the game I love (playing 216 holes the same week as the U.S. Open is contested at Pinehurst.)  Either way, the anticipation and lead-up to this trip is almost as good as the real thing.

The best thing about playing Ocean Ridge Plantation (Four Big Cats) is an abundance of replay targets.  Often, you have the opportunity to play a different course in the morning and afternoon, and I’ll bet we come home with at least three rounds on Tiger’s Eye, which is one of my top five plays on the Grand Strand.

The best thing about playing True Blue is that it’s one of the finest public golf courses in the United States.  Everything about this Mike Strantz design is great.  We added it to the line-up and removed Tidewater after learning that the latter had lost their greens due to a fertilizing double bogey by the greenskeeper.  I’ll have three new course reviews coming for Lion’s Paw, Panther’s Run, and Surf Club.  Anyone with an early season report on course conditions for these six, please pass them along.

As readers of this space know, I’ve been in an early season ball striking slump.  It’s hard for the serious player not to let a slump affect the rest of his life, but we try (and usually fail), you know what I mean.  So today was huge.  I recalled Vet4golfing51‘s advice to review the fundamentals during my ball striking slump last year.  Darned if it wasn’t my grip again, and I validated with some swings on my patio driving range mat and then again with some PW shots off turf.  The fix feels great and it’s funny how the rest of your mood improves when you have better prospects with your golf game 🙂

I hope your season is off to a great start.  Mine is certainly looking up!

7 thoughts on “Countdown To GolfaPalooza!”