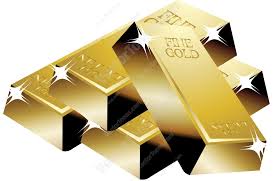 Got some gems to share from this year’s coverage of THE PLAYERS Championship.  Normally during the majors and big tournaments, I try to avoid over-saturating my brain with the available round the clock coverage but for some reason I’ve been compelled this week, and am picking up some great stuff.

Nugget One:  If you watched “Live from THE PLAYERS” on Golf Channel early Saturday, you watched Zach Johnson warming up on the putting green using an alignment stick to ensure his upper body and hands were working together.  You need a putter that you can hook the stick on top of the club and anchor the other end to your sternum.  My Ping Answer worked perfectly (see photos).  As you rock your shoulders, make sure the stick stays anchored and the putter shaft does not cross under the stick.  This ensures you’ve maintained a solid lead wrist and have not broken down with a handsy stroke.  It’s easy to do and is an awesome simple concept.  Has anyone tried this?

Nugget Two:  Same episode of “Live. . .” Kelly Tilghman was discussing an interview she did with Jordan Spieth during a segment when the preeminent talking heads were trying to figure out Spieth’s secret sauce of success.

Supposedly when Tilghman asked Spieth  if he would take millions of dollars to make an equipment change and risk introducing a distraction to what had made him successful to date (ala Rory McIlroy), he  emphatically said, “No.”

Spieth’s sensibilities and game management are spot on and is why fans are being drawn to him.  Listen during Sunday’s coverage and you’ll hear the cheers of “Spieeeeeeeth,” reverberating through the TPC.  This guy has guts, an awesome short game, commits to his game plan, and shows some personality.  Sure he gets hot after a bad shot, but he gets it out and doesn’t let it burn for more than 30 seconds.  It’s refreshing to see him fist bumping the fans and showing some up and down emotion.  Too often our coverage is punctuated with the totally stoic faces of the grinders, like Jason Dufner, or the sunken-eyed look of a Tiger Woods, who can’t seem to enjoy golf even when he’s winning.  Count me as a big Spieth fan.

Nugget Three:  There is a changing dichotomy in professional golf as we settle into a period of non-domination.  There are so many good players who excel in short bursts but can’t seem to sustain long term.  Since the end of the Tiger Major Era, which I’ll identify as the post-2008 U.S. Open period, there have been 23 majors contested and only Rory McIlroy and Bubba Watson have demonstrated the ability to win multiple times (two each).  While domination by a single player is better for television ratings and growing the game globally, those days are over.  Many pundits think we are entering a popping of the golf bubble that was inflated by the influx of Tiger Woods’ supporters.   Do you think that’s the case?  What’s that wooshing sound I hear?

2 thoughts on “Golden Nuggets from THE PLAYERS”