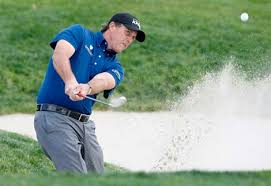 Today I should have been out cutting down a Christmas tree but the weather was too good to waste so I called my wife’s friend and scheduled the third installment of her beginner’s golf instruction.  Last time out, we covered putting and etiquette and today we hit the range at Little Bennett to work some full swing and short game.  The practice area was predictably packed but we got in a full two hours.

As is sometimes the case, when you teach or demonstrate a skill to someone else, you sometimes gain clarity on how you can better employ the same skill for yourself.  Have you found that to be the case?  I had the epiphany about my own improvement for 2016 while showing my pupil how to chip.   I NEED TO TAKE SHORT GAME LESSONS.  Actually the thought was percolating in my subconscious after my round last weekend.  I had been tinkering with the thought of implementing an early wrist hinge in hopes of improving my ball striking but abandoned that WOOD band-aid and just went out and played.  My ball striking was good but my short game was terrible.  I usually find during slow periods when I’ve had a layoff or am not actively working on my game, my full swing sustains but the short game touch is fleeting.  Sound familiar?

Anyway, I realized that my issue around the greens is always that I’m playing too defensively.  I think it’s because I don’t have confidence in my technique and as a result am indecisive on which shot to play.  Admittedly, my first thought before hitting a short shot is to “not miss it too badly” instead of “sink it,” like Phil would.  I believe I have the shots but need a pro to reinforce the proper mechanics, especially with my wedges.  Perhaps that will turn my short game into the aggressive weapon that I need.

On the full swing, I’ve come to realize that my move has been grooved over a 40-year period, and it has been extremely hard to change anything other than grip and ball position.  You truly do revert to your learned habits over such an extended duration and I’ve tried to change my swing so many times with adverse effects that it just doesn’t make sense.

So here’s hoping the good weather holds in the DMV and with luck we’ll be playing through New Years.  I’m off to find a short game guru . . . and buy a Christmas tree.

5 thoughts on “Serious Improvement for 2016”