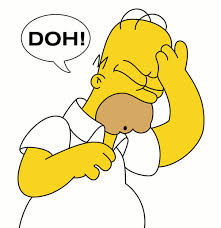 Have you ever gone on a crash diet 10 days before your annual physical so you’ll have good “results” to report to your doctor?  Or do you start brushing and flossing fastidiously three days in advance of a dental check-up?  Or do you ever clean your house before the cleaning lady arrives?  I don’t know the name for this behavior, but I’ve been engaging in it in advance of my professional swing instruction to start the 2017 golf season.  For some reason, I feel the need to have my game in the best possible shape before instruction starts.

Readers of this blog know that I have always been a swing tinkerer and this winter has been unusually mild in the DMV – irresistibly perfect for swing tinkering.  Recently, I’ve taken a lot of film of myself on the range and have been comparing my swing to various PGA and LPGA professionals side-by-side, and looking to combine the advice I last received from my instructor with some better swing positions.  As part of this exercise, one of the moves I made was a rookie mistake, but before I detail, I’ll repeat the most important advice I’ve ever received (or given),  “The best swing instruction is provided under the watchful eye of a trained PGA professional.”  A seasoned pro has seen it all and probably has a fix for what ails your game.  Go see him or her.

That being said, Saturday morning, I decided on a change I wanted to make and headed off to my school field with a bag shag and pitching wedge.  20 swings later, I was thrilled and excited as shots were flying true and straight and my optimism was overflowing.   Armed with a tee time for the next day, I figured I’d hit the range after lunch to practice this change with all my clubs.   Normally the day before a round, I’ll play a simulated game on the range at the upcoming venue.  I tried this with my swing change and shots were flying all over the lot.  There were big pulls and huge banana push slices; nothing was solid or straight.  I was crushed and bewildered.  How could this happen when only a couple hours prior, I was nutting everything in the field?  With five balls left, I had the wherewithal to lay down an alignment stick and saw that I was very closed on my setup.  I finished up and headed to the putting green.

The rookie mistake I made was losing focus on the swing change.  I got distracted by trying to prepare for a round that didn’t matter.  Fortunately, I was able to course correct, with the alignment stick being the clue.  Yesterday, I arrived at the golf course and went immediately to the range, where I laid down two alignment sticks and just hit my warm up balls at a single distinct target.  I had made up my mind to not focus on short game, score, or putting, and just concentrate on the swing change.  Aligned correctly, all the goodness from the session in the field returned and I was thrilled to hit 10 GIR on a long tough golf course.

Good luck with any changes you are making and play well!

What gets you up in the morning to go work on your golf game?

As human beings, we are motivated either one of two ways; extrinsically (pursuit of money, titles, things, etc.),  or intrinsically (praise for a job well done, solving a tough problem, or the self satisfaction of simply improving at something).  Don’t say “both” because you favor one or the other.  Which is it?

I returned from a session at the driving range today, where I was practicing something new, and started wondering why I keep working at this crazy game.  I see bits of improvement here and there but basically maintain the same level of competence from year to year.  What’s my motivation?  I realized that the simple pursuit of improvement (the journey) was providing me the greatest amount of satisfaction.  It keeps me going and definitely puts me in the intrinsic camp.

I like where I’m sitting after reading Mark Manson’s new article, “The Disease of More” where he details the travails of the 1980 Los Angeles Lakers and of folks in general who experience success too fast.  The “Disease”was originally coined by Pat Riley (Lakers coach) who portended that championship teams are often dethroned not by other better teams but by forces that demotivate within their own organization.  The Lakers reached the pinnacle and weren’t content to be a great basketball team.  They lost their motivation by pursuing more money, cars, women, endorsements, and other objects outside of basketball, which ultimately led to their downfall.  Sound like someone we know in the golf world?

I would love to get inside the head of two individuals and understand their motivation.  The first is Nick Saban, head coach of the Alabama Crimson Tide football team.  Nick has the titles, he has the dollars, he has the legacy, but I hear him speak often in very process oriented terms.  He sometimes seems joyless in victory because his teams failed to execute on some fine detail of his game plan.  Is it possible he is totally intrinsically motivated in his pursuit of perfection, and views all the victories and championships as a simple extrinsic reward that comes naturally with success, but doesn’t particularly excite him?

The second is Bill Belichick, Patriots head coach.  We are all fascinated by his level of achievement and the secrecy that surrounds his thinking and operation.  Does he want to stick it to the world?  Become the greatest coach of all time?  Or does he just enjoy the grind of a head-to-head match-up across the field from a peer on a weekly basis?  What goes on behind those beady eyes and under that hood?  A lot of good secrets for sure.  If he ever writes a book, I’ll be first in line.

As a full time desk jockey and a part time golfer, I’m thankful for my intrinsic tendencies and my ability to hold the line on the quality of my game.  For me, the joy is in the never ending journey.  What about you?  Play well!

2017 will be about simplification.  What I’m very good at is taking a metrics based approach towards past performance and identifying shortcomings.  My downfall comes when I implement solutions that are overly complex and require unrealistic time and effort.  So let’s use a simplified three-goal approach.

Goal 1:  Play a minimum of 40 rounds.  29 in 2016 were too few and left me disconnected from the game.  In addition, I’m going to focus the bulk of these rounds before August, when my interest wanes.  I will still play through the fall and winter, but need to focus on improvement while I’m motivated.  This is very achievable.

Goal 2:  Improve putts per round to 31.  Last year (32.67) was a disaster compared to 2015 (31.26) and was characterized by trying too many new things too often.  I putt my best when getting plenty of reps but need regular reps and not reps smushed into a single practice session.  I’ve been rug putting over the winter, and taking three dozen 10-foot putts after every indoor workout.  Yesterday I think I found something 🙂 and am excited to leverage this approach throughout the year.  This goal has a medium level of difficulty because there are dependencies on short game effectiveness and ball striking.

Goal 3:  Hit ten greens in regulation per round.  Since I’ve been measuring (2007 to present) I’ve averaged between 8 and 9 GIR every year.  Other than shooting lower scores, good ball striking gives me the most satisfaction.  Admittedly, I am a tinkerer and love to make subtle changes to my move in hopes that I’ll find something to permanently implement.  Yet, while reviewing swing videos over several years, I look strikingly similar in each video.  Despite all that tinkering, nothing changes.  So here’s what’s going to change.  Starting in March, I’m taking a lesson once per month through July.  Last summer, while mirrored in a particularly bad ball striking slump, I took a lesson from my instructor and saw the light that professional help can provide.  It had been years since I took a lesson and I realized that all that self medication didn’t work.  This is going to be the most difficult goal to hit, but I’m starting today.  This afternoon, I’m heading out to the range to film myself to see if I have retained any of the swing changes we worked on last July.  It’ll function as my baseline video and I’ll repeat the process before each lesson.  Next month is Lesson One and we get to work.

So three goals, one easy, one medium, one hard.  I’d say that’s a fair but reasonable approach.  I know some of my fellow bloggers have published your 2017 improvement plans and wonder if you’ve started to implement?  I wish you all a great 2017.  Play well! 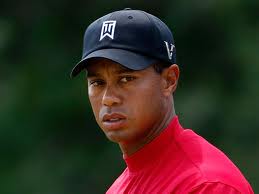 In 2011, Peyton Manning underwent surgery for a pinched nerve in his neck and missed the entire NFL season.  Many questioned his ability to continue his career.  The Denver Broncos took a chance on him and two years later, at 37, he threw a NFL record 55 touchdown passes.  Two years after that, he threw nine touchdowns and 17 interceptions, and despite winning the Super Bowl, had clearly lost the physical ability to compete.  He rode off into the sunset and now drinks Budweiser and happily pitches Papa Johns pizza.

Tiger Woods is one year older than Manning, and their professional careers came of age in roughly the same time period (1997-1998).  Woods is now 41.  Plagued by injuries and psychological foibles he fell from 2nd to 218th in the FedEx standings in 2014 and has done nothing since, except fill his fans with false hope.  Why he continues to play is anyone’s guess, but does he deserve to continue?

If Tiger was in Manning’s shoes, he’d be out.  We often think of golf as the ultimate meritocracy sport but is it?  The answer is still “Yes.”  Tiger earned his place in any field he wants to play in, just as any player with 20 career wins and an active 15-year Tour membership can claim.  Tiger actually still qualifies from his PLAYERS CHAMPIONSHIP victory in the last five years, but soon he’ll be on the 15-20 list.  Ever wonder why Tom Watson, at 67, occasionally shows up in a PGA Tour event?  He’s on the same exemption list.  Vijay Singh too.  Go here to check out the players that are exempt.  It’s updated daily.

Like it or not, successful PGA Tour events are staged when the tournament sponsor makes money.  Sponsors need those big names to draw crowds and television viewers.  That’s why they are granted exemptions for tournament entrants.  If Tiger is in the field and hacking, people are still watching.  So if better players are shut out of the field, so be it.  The difference is in football, you have a contract, you’re on a team, and you get paid.  If you can no longer perform, you get no contract and are finished.  In golf, you still have a chance.

As long as the current PGA Tour revenue model remains the same, we need that 15-20 exemption list and sponsor’s exemptions to drive attendance and positive viewership.  Guys like David Duval (45) hung on much longer than Tiger.  Duval did absolutely nothing for an entire decade.  Other guys like Ian Baker-Finch knew when they lost it and quit fast.  Tiger Woods should continue to play as long as he likes.  It might get ugly, but shoot, I’ll still be watching.  How about you; think we are good or do we need a change to the exemption rules?