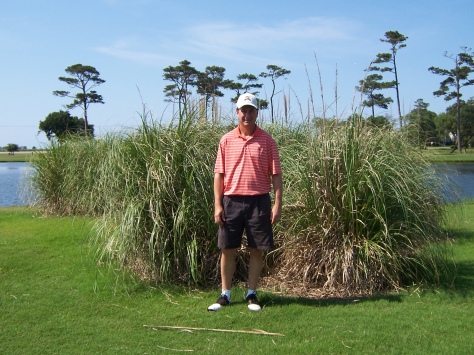 What drives golf participation in the masses?  The last explosion was led by Tiger Woods.  People thought Tiger was cool and it was awesome to dress like him, play his equipment, hit it far like him, and kick ass.   But that group receded as Tiger faded from his previous level of prominence.  As demand dropped, the accompanying high greens fees at upscale public courses went down, and the problem of unavailable tee times subsided.

A new wave is forming led by folks who have discovered golf as a safe socially distanced game you can play outside.  It satisfies the need to meet face to face brought on by COVID-19 restrictions.  I’ve played with several of these newbies and understood their rational for starting.  I’ve also overheard many conversations of players at my practice facilities to confirm the trend.  Once COVID recedes, will these players abandon the game?  They might when confronted with the high cost, time commitment, and long attention span that is required for success.

There’s another wave that’s already formed and is characterized by the player who patronizes Top Golf.  Calloway just purchased Top Golf and the club maker went all in because the latter is an entry point to new customers.  Here’s a fascinating article on the merger as described by the two CEOs of TopGolf and Calloway.  Their target customers are people who enjoy eating, drinking, congregating, playing video games, and love music – in no particular order.  50% of Top Golf customers are new to the game (haven’t played one round in the last year.)  Forgive me for profiling, but these are your young foursomes with a 12-pack of beer and a blue tooth speaker blaring loud music that have already invaded many golf courses.  In addition, Calloway already owns the TopTracer range technology which is about tracking every shot struck at every facility where it’s installed and networking the data world-wide.  This is a godsend to customers that love video-gaming with people anonymously over the internet.  They just staged a 7,000-participant virtual tournament.  This is the kind of customer Calloway wants to pull into the game and onto our courses.  Is this wise?  What will it do to the game?

Thomas Jefferson once said, “In matters of style, go with the flow.  In matters of principle, stand like a rock.”  I am a golf traditionalist and believe we should welcome the first wave of COVID refugees to the golf courses.  Not sure about the second group.  Of course, I want to grow the game but still love that the golf course is a place to go unplug for a while.  What do you think?