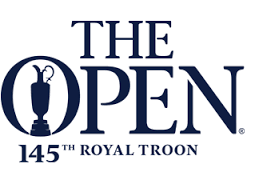 I always thought that if Dustin Johnson was going to win a major, The British Open would be his first because the slower bumpy greens equalize the putting ability of the world’s greatest players.  Johnson is a notoriously mediocre putter especially during big clutch moments, but has suddenly turned the golf world on its head and is winning everything.  Having cleared his first major hurdle, is he now unstoppable?

The other big three (Jason Day, Rory McIlroy, and Jordan Spieth) all seem capable, but currently vulnerable.  Spieth is suffering from mechanical issues.  McIlroy hasn’t sorted out his putting, and Day had the WGC Bridgestone in control until an uncharacteristic late round collapse.  The pre-tournament betting line has all four at 8-1.  It’s going to be a wild ride so let’s sift through the morass and get you a winner.

It’s exciting when someone from the BPTNWAM list finally breaks through as DJ did at Oakmont.  The final round at The US Open had layers of intrigue.  DJ, Sergio Garcia, and Lee Westwood were all well positioned.  But alas, only one player can win it.  I liked the way Sergio finished (for a change).  He hung tough and didn’t choke.  He’s looking good to me this week.  Westwood was awful on Sunday and I have to believe that he didn’t believe enough in himself to play well under the gun.  Rapidly joining that class is Rickie Fowler.  I knew Rickie was done at Oakmont before the tournament started because he basically threw up his hands in the practice rounds and said (I’m paraphrasing) “I cannot putt these greens; they’re ridiculous.”   Haven’t heard anything from Rickie this week, which is a good thing, but the guy is in a slump and he doesn’t close well.  I need to see improvement before I even consider him for BPTNWAM membership.

Back to reality.  This year’s champion will have to steel himself mentally, and has to relish playing in the wind and rain (it’s forecast to be wet the whole week).  Normally, I’d love someone who would leverage the adverse conditions against the field, someone who knows that bad weather culls the weak from the heard.  Someone like a Phil Mickelson.  But Lefty has run up against Father Time.  Not happening for him this week.

I see the winner coming from a group of six players.  The big four, Sergio, and Danny Willett will battle it out all week.  Willett plays great in Europe, has the major bonafides and should be able to leverage the home court advantage.  But he can’t sneak up on anyone any more.

Of these six, Day and Spieth have the best minds for the game.  Day for concentration and patience, Spieth for guts and grit.  It’s a battle of attrition, I’ll take guts and grit.  Jordan Spieth is your winner of the 145th Open Championship.  Let’s get it on!