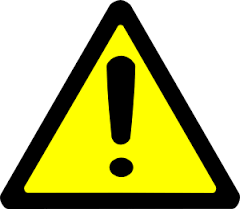 Have you ever worked a golf drill, fixed a fault, and then watched the drill negatively impact a previously solid part of your game?  Like a time bomb, one of these exploded in my face over the last two days of an otherwise excellent golf trip to the Delaware – Maryland beaches.  On my excursion, I experienced the most god awful episode of skulled, thinned, chunked and totally stone-handed chipping and pitching in the last 20 years.  Oddly enough, I drove the ball superbly, putted well, but if I missed a green, couldn’t hit squat.  It was literally 30-handicap caliber chopping and the bemused looks of my playing partners spoke volumes.  (Apologies to any 30-handicap readers; the problem is not you; it’s me.)  Technically I knew I was flipping my hands at the ball and letting the clubface pass my hands, but I couldn’t stop it.  This was not the chip yips because I didn’t feel any pressure even though the previous failures had gotten in my head; I simply could not execute shots I knew were in my arsenal.

On the drive back today, we were still bemusing over the root cause until I remembered back in August, I read Tour Tempo by John Novosel and took it for a test drive.   Little did I know but this drill to help with ball striking rhythm was sowing the seeds of the catastrophe.  If you’ll recall, Novosel’s theory is to introduce a 3:1 backswing to downswing timing ratio.  Most students, myself included, needed to speed up their downswing to comply with the the ratio.  After a few rounds, I noticed I started to hit my full swing gap wedge shots a little fat but disregarded it as an anomaly or something that occasionally creeps into my game which is handled with a correction.  After further analyzing the wreckage, I correctly identified the cause as an early release created in an attempt to speed up my downswing for Tour Tempo.  To be fair, there’s another Tour Tempo book for short game, that I did not read, and which purportedly has a different timing mechanism for short shots.  Oops!

Everyone who’s instructed or been instructed in golf is familiar with the concept of over-correction.  You over emphasize a fix to clearly turn a negative habit to positive, then tweak as the over-correction becomes a fault of its own.  Now I’ve got a bit of an early release with my full swing and a full blown mess with my short game.  I’m kinda glad winter is almost here, but anyone have a good drill to promote hands ahead of the clubhead with the greenside shots?  Please send along.  Thanks!