Lots of great tidbits floating around Royal Portrush this week adding to the specter of the championship and interest in general.

Let’s start with Justin and his criticism of the tour’s condensed major scheduling.  Rose never complains about anything and this is the first I’ve heard any top-tier player criticize the format.  While I love the back-to-back-to-back rapid fire cadence, I’m with him on this because he’s exposed the tour’s three dirty little secrets.  1)  There are too many events in the Fall with the FedEx Cup playoffs being the primary culprit.  2)  Autumn in North America is for football.  3)  They have their eye on the 2020 Olympics falling into the PGA Championship’s traditional slot in August, as was the case in 2016.  So, they squeezed everything up front.  The football argument is reasonable and there’s nothing they can do.  The other two are related.  Rose was spot on when he said the majors are the measuring stick for professional success and career legacy.  The FedEx Cup is just a money-ratings grab and always has been.  Olympic golf doesn’t matter.  Rory McIlroy said as much when he declined to participate at Rio.  Is anyone going to remember Rose won the gold medal and the FedEx Cup?  Probably not.  If you eliminate FedEx and leave the Olympics to the amateurs and move the PGA back to its traditional August spot, everything is solved. . .and Justin and Rory can go have a pint. 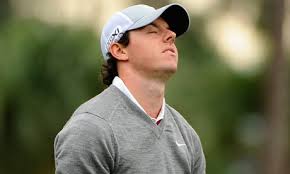 Speaking of Rory, I don’t recall ever watching a perfectly reasonable round of even-par golf at a major squeezed between a quadruple and triple bogey on #1 and #18.  Should we call that a “Rory Sandwich”?

What is up with Phil Mickelson?  He looks great after starving himself for six days and consuming nothing but coffee.  Admittedly, he did lose 15 pounds, and at 49 must be trying to defy gravity or get a Starbucks logo on his bag.  At least he warned us that this “might” not do anything positive for his golf game.  After shooting +5 in round one he was right. 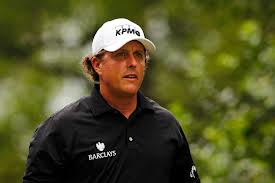 And finally, some in the press made a big deal out of Brooks Koepka not acknowledging Tiger’s request for a practice round and possible brain picking session with Koepka’s caddy, Portrush native Ricky Elliott.  Sorry Tiger, there are no shortcuts.  And where have you been while trying to peak your game for the majors?  It certainly hasn’t been out on tour.  Will Tiger miss another cut?  Was The Masters a fluke? 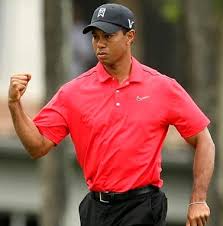