From 1971 to 1983, my parents brought me on five or six trips to Europe in an attempt to expose me to other lands and different cultures.

In 1975, we visited Scotland, and were in the town of Carnoustie.  Tom Watson won the claret jug at Carnoustie Golf Links that year, and my Dad and I actually played the famous course while on our journey.  I was 14 years of age, and was at the stage where you measured yourself against your buddie’s 9-hole scores during beginner’s summer camp.  Breaking 60 was a badge of honor.  In short, my level of preparation for taking on Carnoustie was excellent.

What’s cool about playing Open Championship rota courses is that the general public can get a tee time on several of the venues.  I think it was probably easier back then because there were no on-line bookings.  Either show up or call.  Now, this was 43 years ago and I was young and have just a few memories of the round.  I do recall it was not planned; we just showed up and got off.  We played with rented clubs in old canvas bags.  The course had a lot of tall brown fescue and sand.  My Dad and I played as a twosome and were followed by four elderly ladies who admonished us at one point for playing too slow.  My Dad usually played in the high 90s and was actually having a good game considering the difficulty level and our unfamiliarity with the course.  He shot something like a 94.  Even though I had been to golf camp, I was still a beginner and couldn’t control my golf ball.  I played awful and shot a 125 and nearly took another player’s head off with a hosel rocket.  I remember being pressured to play faster by the ladies and my Dad apologizing.  I remember topping a lot of shots, but not feeling embarrassed.  The same was probably not the case for my Dad.

I don’t remember watching Watson’s victory on television that year, but do remember Paul Lawrie’s win (Jean van de Velde’s implosion) in 1999, and of course today’s recently concluded championship.  In none of the telecasts, do I recall any of the holes first hand.

So the question I’ll leave you with is:  Can you shoot 125 at Carnoustie and say you actually played the course? 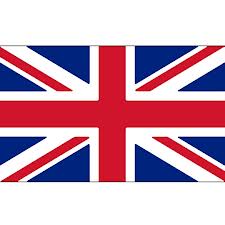 After thumbing through the pages of the February issue of Golf Digest and finding nothing of value from Phil Mickelson’s latest bomb your driver tutorial, or Billy Horschel’s lesson on twisting and contorting your 20-year old body into the purest iron shots, I stumbled across the latest rankings for the World’s 100 greatest golf courses.  Wow!  With 32 of these residing in the U.K. or Ireland, that’s a mighty tempting target and I’ve decided to start planning the golf trip I’ve always dreamed about.

I’m reaching out to my readers for help on this one because while I’ve got significant experience traveling for golf in the United States, the British Isles is brand new to me.  I haven’t traveled to the U.K. since 1983 and that was not for golf.  In an earlier trip as a teenager, I actually had the pleasure (torture) of playing Carnoustie as a beginner.  My sole recollection was shooting something over 130 and getting yelled at by some elderly ladies for playing too slow.  In retrospect, seems like a waste, but the thought of a rematch is intriguing.

I will assume this trip of a lifetime will take careful planning and am thinking the summer of 2015 is a good target.  I’ve just changed jobs and cannot dedicate that much time to travel this year, and would guess that to get on the greatest courses in the world you may need to book tee times over a year in advance.

So where to start.  Key questions:  Do I book this myself or through a tour operator?  What is the ideal number of players for such a conquest?  How about the ideal length of a trip?  How much should I expect to spend?  Do I keep it on the mainland or travel to Ireland?  The Old Course at Saint Andrews is THE bucket item; is that a must have for any trip and if so, what are the constraints?

Any guidance you can provide is welcome, thanks!